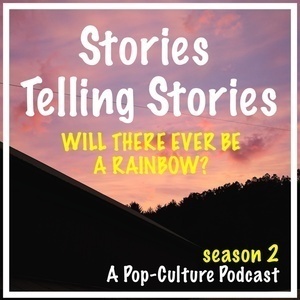 With nearly three decades of laughs under their belts, THE SIMPSONS has been responsible for countless iconic moments, characters, and untold stories. A popular favorite, and series stalwart from the very beginning, C. MONTGOMERY BURNS has run the gamut from cartoonish billionaire, to washed-up can collector, to lazy army private, and nearly everything in-between that a rich man can stuff himself into. He even wrote a worst-selling autobiography, which is the focus of today’s episode… This is WILL THERE EVER BE A RAINBOW by C. Montgomery Burns.

Burns, voiced in the entirety of the series by Harry Shearer, was originally conceived as a one-dimensional villain, and personification of corporate america with his inability to remember his employees names, lack of care in their personal safety, and unquenchable desire for more money and power. But there’s something about the rich old codger that series writers like Conan O’Brien were drawn to, be it his dated humor or unspecific old age. But his evil ways stand above many of his compatriots, showing in his naming by WIZARD magazine as #45 greatest villain of all time.

The character of Burns, drafted up by series creator Matt Groening, was modeled after several well-known tycoons (principally a few of the Rockafellers) as well as his high school teacher Mr. Bailey. He was named for the Montgomery Ward department store and further crafted after the likes of Fox’s founder David Silverman, and the fictional character Charles Foster Kane. And, while likely unintentional, his mantis-like mannerisms and physicality are frequently cited as modern examples of the Commedia Dell'arte character Pantalone, which is to say there’s a whole lot of history and a whole lot of inspiration crammed into Springfield’s most prominent 104 year old man!

Does anyone know the TRUE age of Mr. Burns? Did he really know all the famous people he said he knew in real life? And will Waylon Smithers ever get the girl? This is WILL THERE EVER BE A RAINBOW, as read by Harry Shearer, on STORIES TELLING STORIES