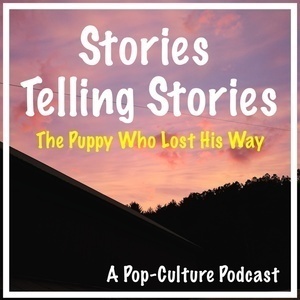 The 1995 film BILLY MADISON, alongside an equal-classic HAPPY GILMORE helped launch the post-SNL career of Adam Sandler, and became the namesakes of his production company; HAPPY MADISON.  While at the beginning of his journey to re-education, Sandler’s BILLY MADISON finds himself in first grade, being read a book by the enigmatic Miss Lippy while the class prepares for naptime.  What follows is a woefully incomplete animal-based adventure novel that prepares us properly with plentiful alliteration, and jumps immediately to a warm-and-fuzzy resolution.  While Miss Lippy seems pleased with the story, Billy is not.  Clearly upset with how the young boy owner of the dog gave up in his search after an hour, he tells Miss Lippy exactly what he would’ve done in that situation, which sets the class up for a rousing game of dodgeball.

What happened to the boy to cause him to give up his search so soon?  Where did the puppy disappear to when he was merely sniffing around the bushes?  And do you think Miss Lippy is still a Miss because of the odd paste-facial obsession?  Sit back, relax and enjoy… This is Eric R Hill’s take on Chrissy Taylor’s “THE PUPPY WHO LOST HIS WAY” on STORIES TELLING STORIES.