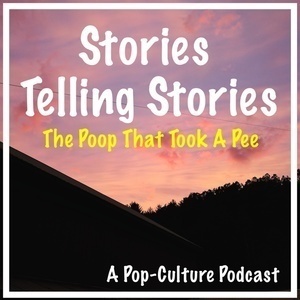 “Well, it’s kind of about love and betrayal! The inner workings of the human mind!”

Whether you love the series or hate it, South Park, having been on the air for over 20 years, has carved an indelible mark into popular culture. Whether poking fun at politics or crossing every imaginable line one might define as decency, the twisted brainchild of Trey Parker and Matt Stone has nonetheless persisted and managed to stay relevant and just as fresh as ever. Episode 197; THE TALE OF SCROTIE MCBOOGERBALLS, the second episode of the 14th season, is no exception. A jab at censorship and our human need to find meaning in the meaningless, it’s as self-referential as it is poignant, as times and tastes have changed since the early days of Harper Lee’s “To Kill a Mockingbird.” Sometimes a blue curtain is a symbol of the writer’s despair, and sometimes butt cheese is just butt cheese.

“Sorry Dad, I was just bein' the voice of a generation.”

Does Butter’s sequel to THE TALE OF SCROTIE MCBOOGERBALLS really stack up to the original? Is the language too simplistic and two-dimensional for an audience accustomed to the soaring metaphors of the original, or is there truly a deeper meaning? And how exactly does a poop take a… nevermind… This is Eric R Hill’s take on Leopold “Butters” Stoch’s “THE POOP THAT TOOK A PEE” as read by Morgan Freeman, on STORIES TELLING STORIES.

“Oh it's raunchy alright! I know what my readers want, and I'm going to deliver!”