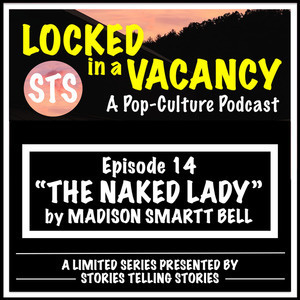 It is now August 1st. July has come and gone and I took a meaningful and necessary break from the series, not to recharge my batteries, but because I am an individual who has a painful relationship with the word “No.” I often overexert and overextend myself in some vain attempt to signify my worth to friends, family, and colleagues… as if saying ‘no’ makes me ungrateful, undeserving, and unworthy of opportunity, advancement, gratitude, and ambition. Make no mistake, I love being busy. I love being creative. I love stimulating and rewarding activities. It has been the dream of my life to chase a creative endeavor that could translate to a rewarding and sustainable lifestyle, without the shackles of a normal job. And I’ve been grinding away at this dream for the better part of 15 years, from music to playwriting, acting, directing, independent producing, and audio engineering.

The old adage goes… if you work hard enough, you will be rewarded and your dreams will be attainable… that the only limitation is your own motivation… you are your biggest enemy, and if you don’t have success to show for your labor then you simply aren’t working hard enough.

I’ve lived this. I’ve breathed this. And I don’t believe it for a second.

I don’t believe every hobby has to be a side-hustle. Or that every hobby must become monetized. I was brought up under a strict philosophy of not “wasting time” and not “squandering your money” by the tough lessons imparted upon the greatest generation by the effects of the Great Depression. These are values I still appreciate… hard work, reliability, sticking by your word, a handshake being as valuable as a contract. They may be old-fashioned values, but they’re still values nonetheless. But even the best intentions can and do lead to unintended ends when they’re internalized and pushed too far.

I took a break because my inability to say no wrapped me up in a project “too big for its britches,” to coin a phrase from my late grandfather, which came to its end with an avalanche of responsibility dropped on my shoulders at the zero hour, requiring me to pull a 36hr bender of constant work to meet an arbitrary, yet inflexible deadline; some of which I livestreamed over on Twitch to keep myself focused, awake, and working. To hold myself accountable… to finish my day-job at 10pm, work through the night without sleep, and be finished in time to punch into my day-job at 8am the next morning. A feat I accomplished by the skin of my teeth, but that pushed my body, my motivation, and my mind to the breaking point.

Covid-aside, I put myself through the wringer 6 months out of the year… pulling 70-80hr weeks between my “real job” and my “dream job” which is volunteer. I wear an abundance of different hats and put in an ungodly number of hours which, even after 13 years, I’m afraid to say no for fear of being seen as ungrateful and not good enough. That if I don’t work myself to death, work harder than anybody else, show my sweat and my struggles and my insurmountable sleep debt, that I’m not dedicated to the organization. I have not had a “summer” in the traditional sense in 13 years. Any “vacation” or summer retreat that I take is measured in hours, rather than days, and often finds me driving through the night for a brief respite of celebration before diving right back into the grind. I don’t blame anybody but myself for this. If you are unable to say no, how will anybody know if something is too much for you? In that way, I am my own worst enemy.

But the unintended effects of Covid and Quarantine have meant free time during the summer months for the first time in over a decade. And spending a few frantic weeks in July wrapped up in what was otherwise typical summer workload for me opened my eyes to just how unsustainable and undesirable that lifestyle is for me. Because I’m not living. I’m barely surviving. I’m a half-conscious creature fueled by caffeine, stress, and anxiety… for the benefit of the few faceless strangers willing to accept a free ticket to see some theater in the middle of nowhere. Working this heavy a load is not something I want to do anymore. It is quite literally going to kill me if I keep it up for another 13 years.

And this is the revelation that my break has brought me. I’ve been able to discover new outlets for my creativity that I would have otherwise been unable to explore. I’ve gotten into streaming on Twitch twice a week. I’ve been playing music again, including a socially-distant bar gig. And I’ve been paid for my efforts and been able to turn around and reinvest it in my projects to make them even better. I feel optimistic. I feel creative. I feel like I may have a future in some sort of creative way after all, if I”m willing to give myself the time and the space to do what I want to do.

I am my own worst enemy… Sometimes we all are. And that translates into our story for this week, as we dive into the second half of season three of STORIES TELLING STORIES, with another episode of our ongoing series “LOCKED IN A VACANCY.” “The Naked Lady” is a short story from a compilation of southern american writers called “The Cry of an Occasion” and was penned by Madison Smartt Bell, who is a writer, professor, and essayist whose work has appeared in Harper’s, The NY Review of Books, and the NY Times Book Review. It’s not often we do a living author here on the show, but this is one of those rare cases…

“The Naked Lady” tells a story of heartbreak and friendship, through the eyes of a good friend. While this story, and the collection in which it was published, was in celebration of southern voices, the themes it contains are universal and my reading will be presented with a distinctly northern flair… As you are aware, I come from the great state of Vermont… a state with a distinct and identifiable accent that is grossly under-represented in pop culture… with elements of our Irish, Scottish, and English heritage sprinkled amongst a surprisingly good-old-boy aesthetic as you venture off Router 100 and into the vacant expanses of Lamoille County and up into the Northeast Kingdom… An accent that I never wanted to develop, out of embarrassment and the lower-class connotations it conveys, but one that I learned by ear nonetheless thanks to countless hours spent with extended family.

This is… “The Naked Lady” by Madison Smartt Bell… on LOCKED IN A VACANCY...