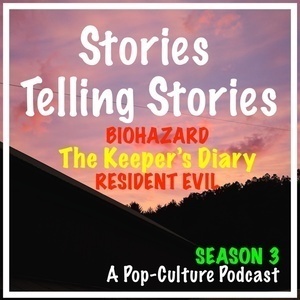 Gaming in the late 90’s was turned on its head when RESIDENT EVIL was released on the original playstation. While zombie games weren’t unheard of, the “survival horror” genre was still relatively unexplored territory. But visionary director Shinji Mikami put the gaming world on notice as he brilliantly weaved puzzles, silence, fixed angles, limited save states, and crap 32-bit graphics into a package that was incredibly fun, engaging, and having wickedly high replayability.

The original Resident Evil (or Biohazard in its native Japan) tells the first chapter in an ongoing story of the Umbrella Corporation’s biotech research in developing the “T-Virus” that breached the walls of the primary facility and infected neighboring Racoon City. Chris Redfield and Jill Valentine, elite members of the S.T.A.R.S taskforce, are dispatched to investigate the disappearance of their team members, stumbling across an old mansion, and having to face the horrors within.

Of the numerous books and documents you uncover as the story progresses, one has always stuck with me… a diary written by the caretaker of the mansion, which documents the effects of the T-Virus infection in his blood and the slow decline in his cognitive ability, until he’s able to utter only single words before losing the ability to write all together…

If a “cure” for the virus was found, would it work to bring back those already deemed zombies? Do you think the caretaker was cognitive of how bad it really was? And would you let the virus run its course or would you take matters into your own hands before it was too late? This is… The Keeper’s Diary, from Resident Evil 1… as read by generic video game voice actors, on Stories Telling Stories...