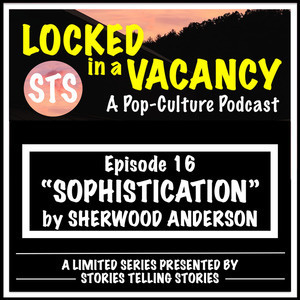 Growing up I took a great deal of pride in being considered mature for my age. Wise. An old soul. A kid in body but of sage spirit; mostly silent, but thoughtful and reliable. Reliable. Dare I say “sophisticated.” My teachers loved me, most of them that is. Bus drivers liked me. I maintained a solid rapport with everyone from the lunch ladies to the librarian. I was given special projects, added responsibility in an adult’s absence. I was a conflict mediator, a high-scoring, highly intelligent kid, and an avid reader who occasionally got into trouble by reading in class… during lessons for those whose grasp was far less advanced as my own. I was often pulled out of class by other teachers to resolve computer issues, as this was the very early 90’s and few people understood computers like I did. Among other things. Among many things. I even spearheaded my elementary school mock election, and lobbied my peers to vote out the incumbent H.W. Bush over the fresh-faced Saxophone playing governor from Arkansas that pledged more support to public schools on Nickelodeon. There was no mountain too tall for my ambition to take me.

But my yearning and my thirst for knowledge were not thoroughly nourished. We had split classes; grades 1-2, 2-3, in the same room. My teacher had to fetch worksheets and independent projects for me from higher grades just to keep me focused. I was reading at a 12th grade level in the second grade. I was daydreaming through long division while my peers were still struggling through simple subtraction. I was given a world of special treatment but I could have handled so much more… I was slated for success in literature and mathematics. But then the floor dropped out from under me after my parent’s divorce. My mother, my three sisters, and I all moved to a new town. A new school. A place with dedicated grades where I felt like I could finally succeed. But rather than score me for aptitude or proper placement, they started me from the bottom… back to basics… and told me I could climb the ladder as I proved that I could do it… A few months later, we moved again… different town, different school, same academic treatment… start at the bottom and work your way up. We moved several more times over the next few years, and each new school started exactly the same way… Through the end of sixth grade, I effectively learned nothing new. And at that point I already knew I was in trouble. My sixth grade peers were learning decimals and fractions, but due to the ladder I was forced to climb I was stuck… doing long division… the same work I was given in second grade…

When I started middle school, I was back in the town I started in, amongst a lot of the same peers I had in those early days, with the same principal who remembered my mind and my abilities and I was put into the most advanced of the four 7th grade classes… where I quickly began to crumble. I was so far behind the rest of the class in mathematics, in science, in social studies… I came face-to-face with my own limitations and the fear of disappointing authority figures that loomed in me deep from my childhood that I spiraled into a pretty dark hole. I had a bit of an identity crisis. I was staring down all the normal things that an adolescent teen has to navigate, coupled with the fact that I was no longer an advanced, mature, incredibly intelligent, reliable, teacher’s favorite. My sophistication was gone. I was sputtering and choking and barely holding on at the back of the class.

And academically… I never recovered. I had a passion and a gift for math at an early age and that never came back. It took me five years to pass two years worth of basic college math (algebra I and II) to get my bachelor’s degree in musical theater… don’t ask… and four years to pass two years of science courses. My only saving grace through all of this was reading and literature. My ability to read at an advanced level so early on in my life kept my GPA high enough to keep me moving upward, and my verbal bringing my SAT score high enough to get into college. But even so, my journey was not easy and I still struggle immensely in academic situations and as much as I would love to return to school for a masters or even a doctorate in my field, my academic performance after the second grade shows me to be, at best, an average student, say nothing of my accomplishments that can not be quantified with a letter grade.

Through this podcast I’ve spent the last three years honing my craft as a storyteller. In a perfect world I’d have the means to go further and study elements of the oral tradition of different branches of my family tree… from Abenaki tales to Irish lore, and more. You don’t need a piece of paper with an academic stamp to prove your intelligence… and I will continue to learn and hone my craft as long as I am able, but it would be nice to fulfil that dream that second grade Eric had, when he thought about how cool it would be to have a PhD, to prove to himself that he was smart and sophisticated and intelligent and didn’t have to explain himself to anybody anymore.

Sophistication is what brings us to our story this week… Sherwood Anderson was an American novelist and short story writer known for his subjective and self-revealing works… pulling heavily from personal experience in his writing. Something I’ve been known to do in this series… Anderson became best known for his work “Winesburg, Ohio” which was an anthology of 22 short stories, concerning the people and places of this fictional town that was rumored to be based around the town he grew up in. A massive and ambitious work, it contains over one hundred named characters and the different connections people have. And yet… each story can stand on its own as a separate work.

The story we’re looking at today, ”Sophistication” comes from the end of the book, where recurring character George Willard, nears the end of his coming-of-age arc. Having lost his mother in an earlier chapter, George has turned 18 and is wandering the streets feeling lost… like he has no place… no identity… but he finds a spiritual mediator in Helen White, who had undergone her own sort of transformation, and in this kinship they discover they can both find the peace that they were looking for. But before I give it all away, let’s dive into it so you can judge for yourself…

This is… SOPHISTICATION… from Sherwood Anderson’s “Winesburg, Ohio” anthology… on LOCKED IN A VACANCY.