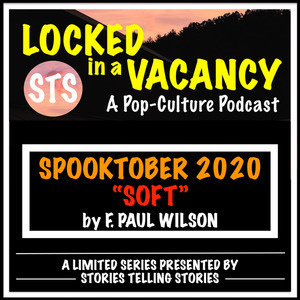 Horror as a media genre relies on the subterfuge of normality to achieve its goals… drawing from basic fears derived over millions of years of human evolution and experience. The collective “we” learned to fear things that can, have, and indeed do cause harm to our person and our fellow humans… things that creep in the darkness, large teeth, claws, falling from great heights, living things deceased seemingly returning to this mortal coil, things that suck our blood, eat our flesh, and stalk us relentlessly. But some of the greatest sources of suffering and fear are not external, and instead dwell within us… disease, famine, illness, plague and pestilence. But none perhaps more fear-inducing than that exercised upon our consciousness by our own minds. The terror invoked by a towel draped over a chair in the dead of night. A pile of leaves come to life in vivid detail injecting adrenaline into our bloodstream as the fight-or-flight instinct takes over reasonable thought. The end of logic and reason on the backbone of the will to survive.

The masters of horror carefully crafted tales of mystery and mystique, tapping into subtle and abstract human fears, casting a wide net to invoke a response in the greatest number of people. But as all things do, the iconic tropes and ideas of generations past have worn down the intended response of an aging population, calling for even greater and grander ideas... obscene and obscure tropes, trials, and tribulations, and ridiculous effects to invoke the coveted response. Fear of the unknown has been usurped by the jump scare… monsters of the mind have been pulled into ultra high definition focus, revealing all their secrets and leaving nothing to the imagination. The greatest source of horror and dread resides within the human mind… not within the instant gratification of an on-screen reveal… not with a character coming face to face with the object of their adversity… and not with a physical monster, regardless of how many tails, teeth, or tattered tears in blood-stained skin they may have.

Stop showing us what to fear… let the thing that goes bump do it in darkness. The horrors of the unknown corners of the unwilling mind are far greater, far darker, and far more personal than any personification of fear that could grace the stage, screen, or page…

What would you do if this evil lived inside you? Unseen. Unknown. An insidious disease so deadly and disastrous that it eradicated the majority of humanity in a matter of months? A pandemic with an unknown source and an unknown cure? A painless but assuredly fatal condition that robbed your body of the very bones that hold it all together? And what would you do if you and your child were somehow immune, secret survivors of this condition, watching on as a population desperate for a cure is tearing apart others in search of a solution? Would you speak up and help, or resign yourself to becoming the last human being on earth?

This is our story… crafted by F. Paul Wilson, a contemporary master of modern horror and suspense whose work has appeared across print media for nearly 40 years. His story SOFT tells the story of just such a pandemic that robs its victims of the calcium in their bones… turning a body into a puddle of muscle and mush in a matter of days… a condition with no cure… and no immunity… or so they thought…