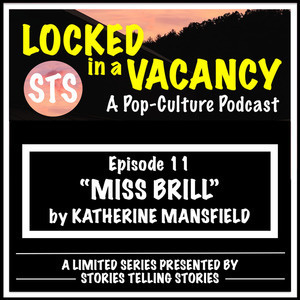 Katherine Mansfield was a poet and short story writer of the “modernist” style, born and raised in colonial New Zealand. But unfortunately, like so many influential artists, her time on Earth was short… losing her young life to tuberculosis at the relatively young age of 34. She died leaving behind an impressive body of work, which took years of editing and preparation for her estranged spouse John Middleton Murray to publish, but we’re glad he did.

After she moved to England in 1919, Mansfield began rubbing elbows with who’s who, and developed notable friendships with authors D.H. Lawrence and Virginia Woolf. But she had a streak of wanderlust, as many youth do, and traveled around Europe in her formative years, adopting a bohemian lifestyle and befriending famous artists everywhere she went. She was praised by her peers for her vicarious and charismatic approach to life and work. She absorbed the works of Oskar Wilde and Anton Chekhov; although her exposure to the later earned her accusations of plagiarism due to its influence on her own work. An unabashed bisexual, her relationships with women found places of prominence in her journal entries and her work; often writing of her lovers under pseudonyms… her sexuality was a point of contention between Mansfield and her mother, who would later write her out of her will. Those few years are perhaps the most socially interesting but little in the way of records are known… her travel, relationship, getting pregnant, marrying a different man but never consumating it, divorcing, being sent away by her mother, and miscarrying… all the while only publishing one story and one poem… and all this by age 21.

I know this is more in line with how I present STORIES TELLING STORIES than LOCKED IN A VACANCY but I found Katherine Mansfield’s brief story to be fascinating and worth sharing. While it’s true her life was short, she LIVED IT. And everything above doesn’t even bring her story up to the first world war or the latter half of her life living with tuberculosis and desperately trying to find a cure. I will mention that though… Mansfield was so desperate for a cure she began seeking out radical and “experimental” procedures. In February 1922, she consulted the Russian physician Ivan Manoukhin, whose "revolutionary" treatment, consisted of bombarding her spleen with X-rays, which caused Mansfield to develop a host of side effects, including heat flashes and numbness in her legs. Yeesh… my grandfather told me stories once about his fight with tuberculosis during World War 2 and I can’t say I blame her for being desperate for a cure.

She ultimately succumbed to the effects of the disease on January 9, 1923 when she suffered a pulmonary embolism after running up a flight of stairs, and was buried in Nice, France. But her story continued to live on long after her death, as her work continued to be released posthumously and appreciated by each new generation of readers looking to her language and her unique voice. She has also been the subject herself, from paintings and schools named in her honor in her native New Zealand, to television and movies, most notably being played by Vanessa Redgrave in a BBC miniseries in 1973. So while she’s been gone nearly a hundred years, Katherine Mansfield’s extraordinary short story, through the appreciation of her short stories, continues to live on.