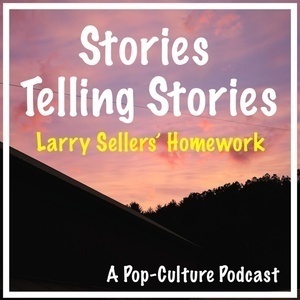 “Oh and dude, “chinaman” is not the preferred nomenclature, asian-american please.”

A cult-classic, preserved forever in the National Film Registry of the Library of Congress for being considered culturally, historically, or aesthetically significant, The Big Lebowski initially disappointed at the Box Office and received mediocre reviews from critics at the time of release. Arguably the gem in the Coen Brother’s catalogue, The Big Lebowski follows the exploits and adventures of “The Dude,” his bowling buddies Walter, and Donny, and the colorful cast of characters that populate a surprisingly sleepy corner of Los Angeles at the tail end of George H.W. Bush’s presidency. Politics glaze over like dust in the wind as The Dude gets dragged into a conflict he wanted nothing to do with, just because he shared the same last name as a local millionaire, and some asian-american peed on his rug. The movie is well worth your time, although try not to take it too seriously.

After The Dude’s car is stolen, it is recovered by police but missing a briefcase full of money. Wedged inside the seat cushion, The Dude finds a crumpled up piece of paper that his friend Walter is able to trace back to the son of television writer Arthur Digby Sellers and that’s where this week’s episode of STORIES TELLING STORIES picks up.

“Shut the fuck up Donny, you’re out of your element!”

Are the nihilists true nihilists since they seem to care so deeply about Lebowski’s money? How did The Dude gain his iconic nickname? And if Donny was in his element, would he still be alive and with us today? This is Eric R Hill’s take on “Larry Sellers’ The Louisiana Purchase” from THE BIG LEBOWSKI, as read by John Goodman on STORIES TELLING STORIES.