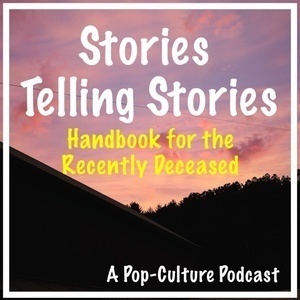 “I'm feeling a little anxious if you know what I mean. It's been about six hundred years after all...”

A 90-minute drive south from Milthouse Studio sits the majestic and picturesque town of East Corinth, Vermont where, in 1987, Tim Burton brought the fantastic tale of Beetlejuice, the Deetz, and the Maitlands to life. After Burton found success with the 1985 classic “Pee-Wee’s Big Adventure,” he was looking for a new script to sink his teeth into while working on a version of BATMAN that the studio would green-light. But Burton burned through stacks of scripts, disillusioned with their lack of originality and imagination, before being handed Beetlejuice by studio head David Geffen. The original script was a far cry from what would become the film, with such changes as a less comedic and more serious tone, Beetlejuice being a winged demon, in the form of a short middle-eastern man hell-bent on killing the Deetz family, and being played by Sammy Davis Jr. Let that sink in for a moment…

To bring the unfamiliar up to speed, Upon their untimely deaths, the Maitlands find themselves prisoners in their own homes, as it sells to the Deetz family, with only a small book to guide them on their journey to the afterlife. Seeking the help of a freelance “bio-exorcist” by the name of Beetlejuice, the attempts to scare away the family backfire, bringing in outside forces wishing to cash in on the haunted phenomena contained in this picturesque house. After obtaining the handbook, unbeknownst to the Maitlands, a seance is performed, which turns out to be an exorcism. To find out what happens next, you’ll have to check out the film.

What other wisdom can be gleaned from the handbook besides exorcising ghosts? Do the Maitlands really have to spend the next 125 years in that house? And if sand worms are apex predators, what the hell do they eat? This is Eric R Hill’s take on “Handbook For The Recently Deceased” from Tim Burton’s Beetlejuice, as read by Winona Ryder and Michael Keaton on STORIES TELLING STORIES.