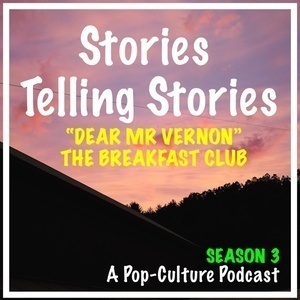 “You think I give a shit what these kids think about me?”

There’s nothing to do when you’re locked in a vacancy, so sayeth John Bender, played harshly and artfully by the indelible Judd Nelson. The Breakfast Club is a legendary piece of 80’s cinema, sandwiched between Sixteen Candles and Weird Science, and serves as the crown jewel of the Brat Pack collection. Disagree? B.O.O...H.O.O… John Hughes was a juggernaut of cinema and a triple threat behind the camera, serving as writer, director, producer or any combination thereof. But where Hughes’ talent really shined was on the page. His dialogue was poignant but timeless, natural yet finely crafted, and the characters he created weren’t stymied by the tawdry archetypes that plagued 80’s cinema… which afforded his films a timelessness to which few others of the era can compare. Aside from the prevalence of cell phones and what would constitute detention vs being arrested on school grounds in the 21st century, the Breakfast Club is just as fresh and relevant today as it was on that fateful morning in 1984.

“Does Barry Mannilo know that you raid his wardrobe?”

Principal Richard Vernon, who himself is sacrificing his entire Saturday to monitor detention, approaches this rag-tag group of misfits, each a wrongdoer in their own way, broken up by the social hierarchy of high school, and assigns them a task to occupy their time… an essay… written to him and due before they leave, describing to him who they think they are… with specific instructions for the cunning Bender who would otherwise find a loophole to exploit. Although the film ends with only Brian writing an essay, on behalf of the group, and while he’s shown counting all 1,000 words, we only hear a select few as the film draws to a close, and the iconic Simple Minds anthem carries the kids home.

“Come on Sport-o, level with me, do you slip her the hot beef injection?”

Does Principle Vernon always have to monitor Saturday detention or is he merely filling in? Did he really bribe Carl with the $50 he asked for to keep his mouth shut? And Bender and the Princess? That would never last… shoulda been the Basketcase… This is… DEAR MR VERNON, as read by Anthony Michael Hall and the cast of THE BREAKFAST CLUB, on STORIES TELLING STORIES...