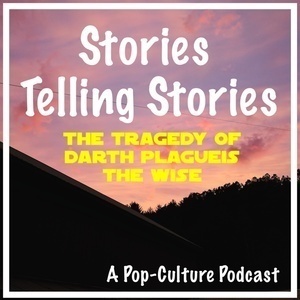 Growing up, the prequel trilogy was “my” Star Wars. Being born in ‘84 I was too young to experience the original trilogy during their theatrical release, aside from the New Hope special edition, but was primed for the prequels, and unprepared for the backlash they would unleash. Perhaps I’m kinder to the maligned episodes 1-3 because I grew up with them; stoking my passion for the Force in the building anticipation of the next release? Perhaps I understand what George Lucas was “trying” to do, and trying to say, but with nobody on set with the balls to question his choices, he was unable? And perhaps I’m just wrong, and that I shouldn’t like those terrible prequels as much as I do. But I do. And I digress…

Episode III finds a vulnerable Anakin Skywalker being further seduced towards the dark side by his “close friend” Chancellor Palpatine, who manipulates Anakin through his insecurities, into ultimately betraying the Jedi order under the guise of protecting the Republic. Knowing that Anakin feared losing his wife Padme’ in childbirth, Palpatine tells Anakin of an old Sith legend about a force user with an understanding of the force so great he could create life and prevent death. And this is where our STAR WARS inspired episode of STORIES TELLING STORIES picks up…

Is the Force reliant on miti-chlorian count? Can any living thing learn to tap into it? And if given the choice between a functioning lightsaber and a billion dollars, what color blade would you choose? This is… The Tragedy of Darth Plagueis the Wise, as read by Sir Ian McDiarmid, on STORIES TELLING STORIES.