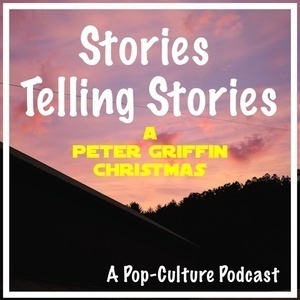 Seth MacFarlane is no stranger to mashing up musical numbers and farce. In Season 4, Episode 12 of Family Guy, “The Perfect Castaway,” we’re treated to a cutaway featuring Peter Griffin’s christmas album, presented in the style of those god-awful TIME LIFE music collection infomercials, which for the uninitiated are little more than glorified mixtapes of forgotten music at a premium price targeted at the boomer-nostalgia crowd, in-between reverse mortgage ads and Wilford Brimley’s diabeetus. Peter doesn’t know the words and in some instances barely knows the melody. It’s a short cut-away but it left it’s mark. Unlike this episode. We’re going to milk that cutaway for all it’s worth, just like Mr. Conway Twitty!

What other songs could be included in this masterpiece of holiday cheer? Does the average viewer realize that the voice of Brian is simply Seth MacFarlane speaking normally? And could Quagmire’s giggidy-goo be considered a biological weapon? This is A Peter Griffin Christmas, as sung by Seth MacFarlane on Stories Telling Stories!