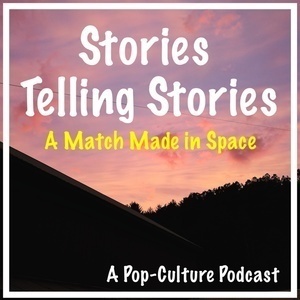 “My name is Darth Vader… I am an extraterrestrial from the planet Vulcan!!!”

“You mean you’re gonna touch her on her…”

Does the new 1985 still have Star Wars and Star Trek? Will George get sued for Darth Vader coming down from Vulcan? And is homelife super awkward after that tonsil hockey in the parking lot at the dance? This is Eric R Hill’s take on George McFly’s “A MATCH MADE IN SPACE” on STORIES TELLING STORIES.