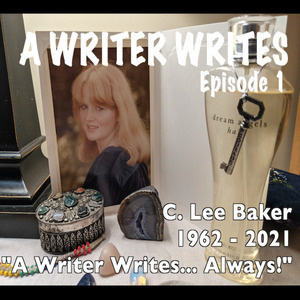 This is not how this new series was supposed to begin. But I couldn’t think of any other way to present it. A WRITER WRITES is the result of conversations I had with my biggest fan and most ardent supporter around the time of her 58th birthday. She was my proofreader and my sounding board, helping me to process and streamline thoughts that often came out as an avalanche of ideas. She was a writer in her own right, penning poems, novels, short stories, songs, and scripts that made it to the eyes of very few outside a select circle of family and friends. But most importantly, aside from being a muse and a constant source of encouragement, she was also my mother, and we lost her to cancer on January 23, 2021.

A WRITER WRITES is intended to be a conversation series where we discuss the craft of writing with the authors themselves. But in this instance we have to make do without that direct insight. I wish I had gotten the chance to document one of our countless conversations around writing but I never did. So here are her words, and words of remembrance as we process the loss of an incredible artistic soul… told in guest voices new and familiar to Stories Telling Stories, sharing in the compassion, admiration, and love that Carrie dedicated her life to putting out into the world…